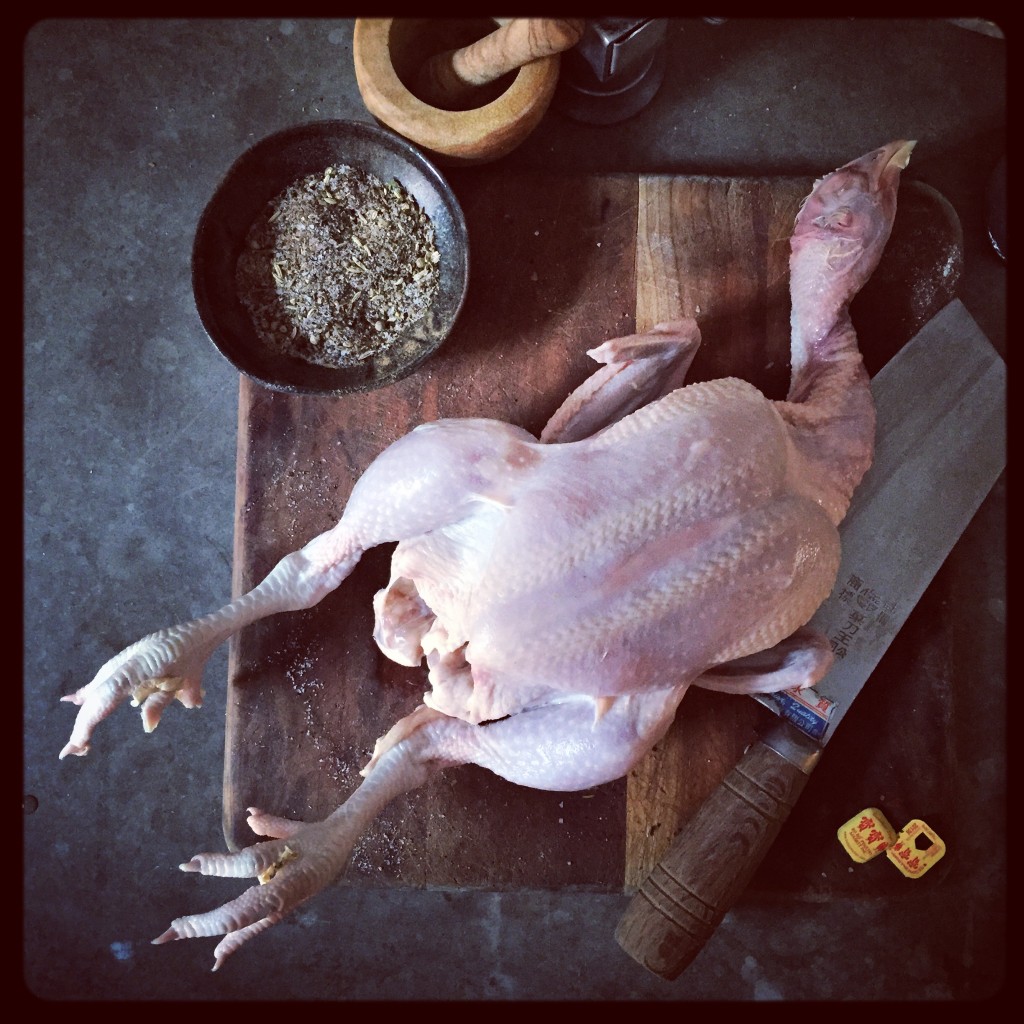 According to the label, the chicken was dressed in the Buddhist style- in the sense that its head and feet were still attached to its body. To me, having no knowledge of Buddhist death rituals, this conjured up a peaceful ceremony- one in which the chicken’s neck was twisted in some humane yet final way, while compassionate farmers took time out from their chores to stand in a circle. They quietly blessed its life while poems were read and chants were hummed.

But once out of its bag and splayed on my cutting board, this chicken was less mystical and more cartoon-like, in a rubber chicken kind of way, its funny feet in particular.  Rather than finding it gruesome, I found it riveting. I took snapshot after snapshot of it, turning it this way and that- first nude, and then sprinkled with a dark salt and spice mixture for greater, shadowy effect. Life cycle. Death is the theme this week; we all talk about David Bowie, a timeless, indefinable spirit; an artist in every sense, a man of many modes. He seemed to know all along that he was part of a greater star system, while some of us have our eyes on the ground for years, and we keep on going, earth-bound, until a shock wakes us up.

All week I felt the weight of death and childhood, and the years of life in between.

A friend’s Instagram post broke my heart Monday morning and made me cry. It was the photo of her son as a boy- a boy I only ever knew as a young man. Looking at the image, I sensed his soul immediately.  And I thought of my Lucian, the boy who I will never know as a young man. This fact slayed me. And the Bowie lyrics she quoted were from one of my favorite songs, Kooks, from the album Hunky Dory. Kooks is an ode to childhood, and parenting; a song of irreverence and familial love. The priority is joy. My heart is breaking today. For my young son, the living one, who is already the young man he will be: I wish I could catch the time in between then and now and preserve you as you are.

This mixture is dark grey thanks to the exotic, obscure and puckery Persian Lime powder. I buy it at the wonderful Kalustyan’s market in New York. It suited my mood to use it for this chicken rub, but if you omitted it entirely, the chicken would still be delicious. In fact, if you only used salt and pepper the chicken would be delicious, as this recipe is based upon the excellent Zuni Café roasted chicken method, developed by another shooting star, the late Judy Rodgers.

Crush cumin, coriander, and fennel seeds with a mortar and pestle or the bottom of a skillet, and mix with the salt, Omani lime, black pepper, and ground cinnamon.

Use a cleaver to chop the head from the chicken, as close to the breast as possible, and chop off the wing tips. Rotate bird and chop off its feet at the bottom leg joint. Save all parts for stock. Rinse bird inside and out, and pat dry.

Preheat oven to 475º. Place a heavy pan just large enough to hold the chicken, or a sheet pan if you will add vegetables, in the oven to preheat for about 5 minutes; remove from oven, lightly drizzle pan with olive oil and place chicken on the hot pan. Roast until chicken is cooked through- you can tell this if the legs wiggle easily and the juice runs clear when the back of the thighs is pierced. For a small chicken (about 3 pounds or less) roast for 40-45 minutes. Rest 10-15 minutes before carving.

Judy’s recipe calls for roasting this way for 30 minutes, and then flipping the chicken to finish it upside down for another 15 minutes.  I am sure this method ensures the breast is very moist… but I’m inclined to put my chicken in the oven and forget it while it’s cooking, so I can do other things, and therefore I roast it breast-side up all the way through. It comes out crisp-skinned, tender and moist, even so.

To roast with vegetables, such as butternut squash: spread peeled, cubed squash on pan first, leaving a space in center for chicken. Season with salt and toss in the oil. The sweet, roasted squash plays nicely with the middle Eastern flavors of this spice mix.

With our chicken we ate the world’s longest grain basmati, according to Kalustyan’s: Golden Sella Basmati…Cook according to package instructions- requires triple washing, and a long steaming time after cooking to absorb moisture.

Ashes to Ashes Spiced Salt is pretty good on hard-boiled eggs too: 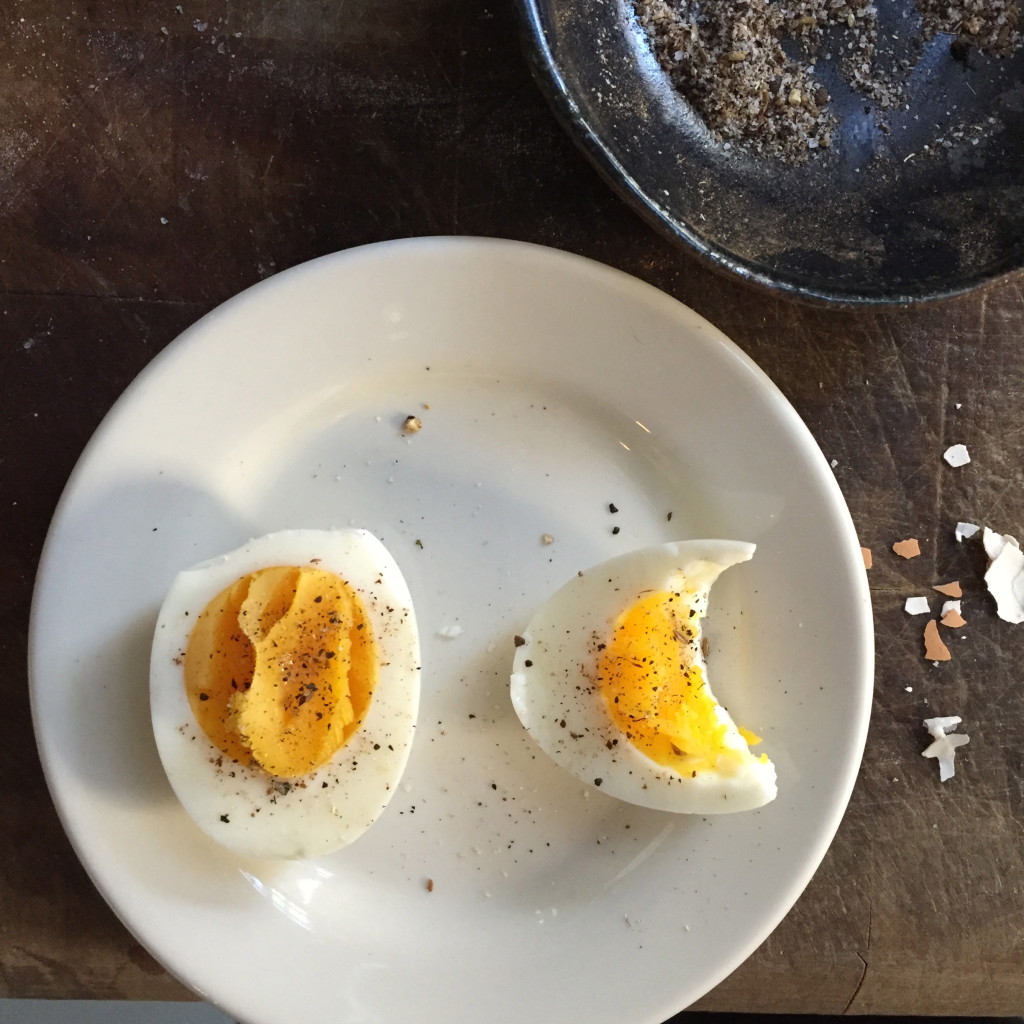 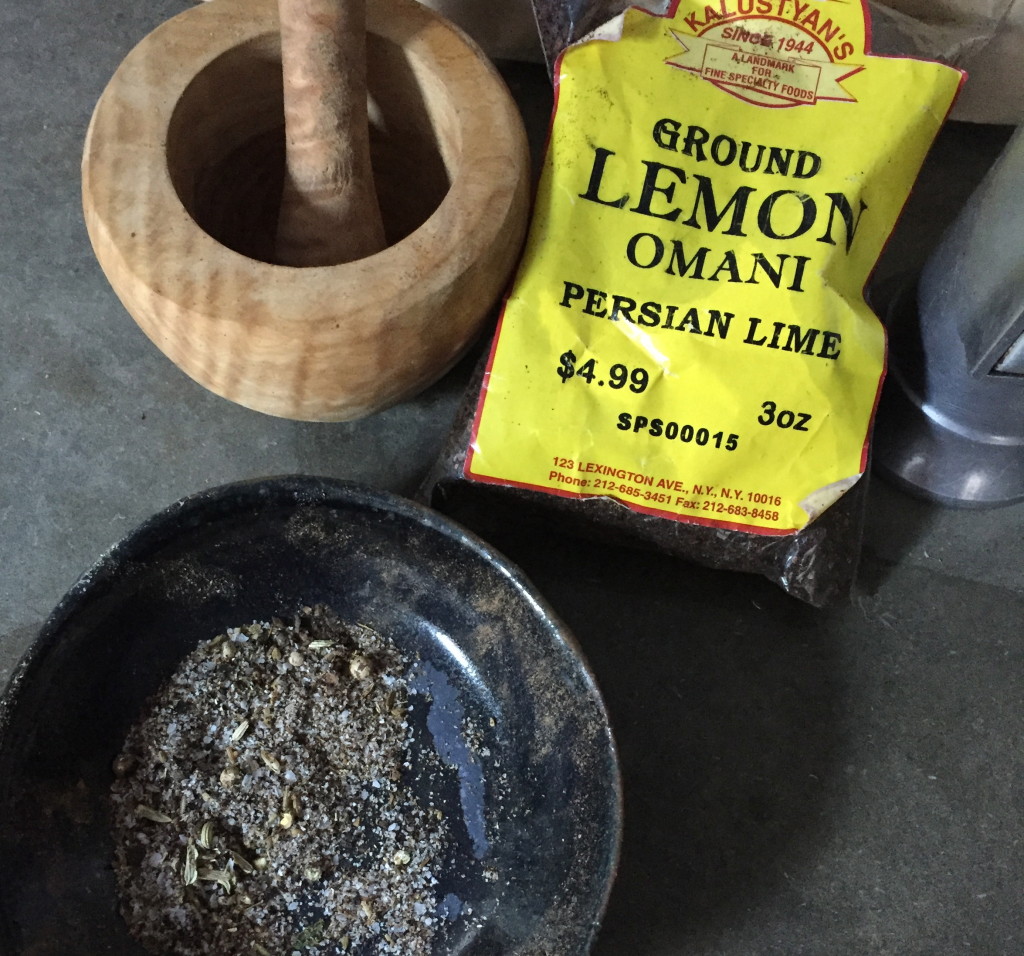