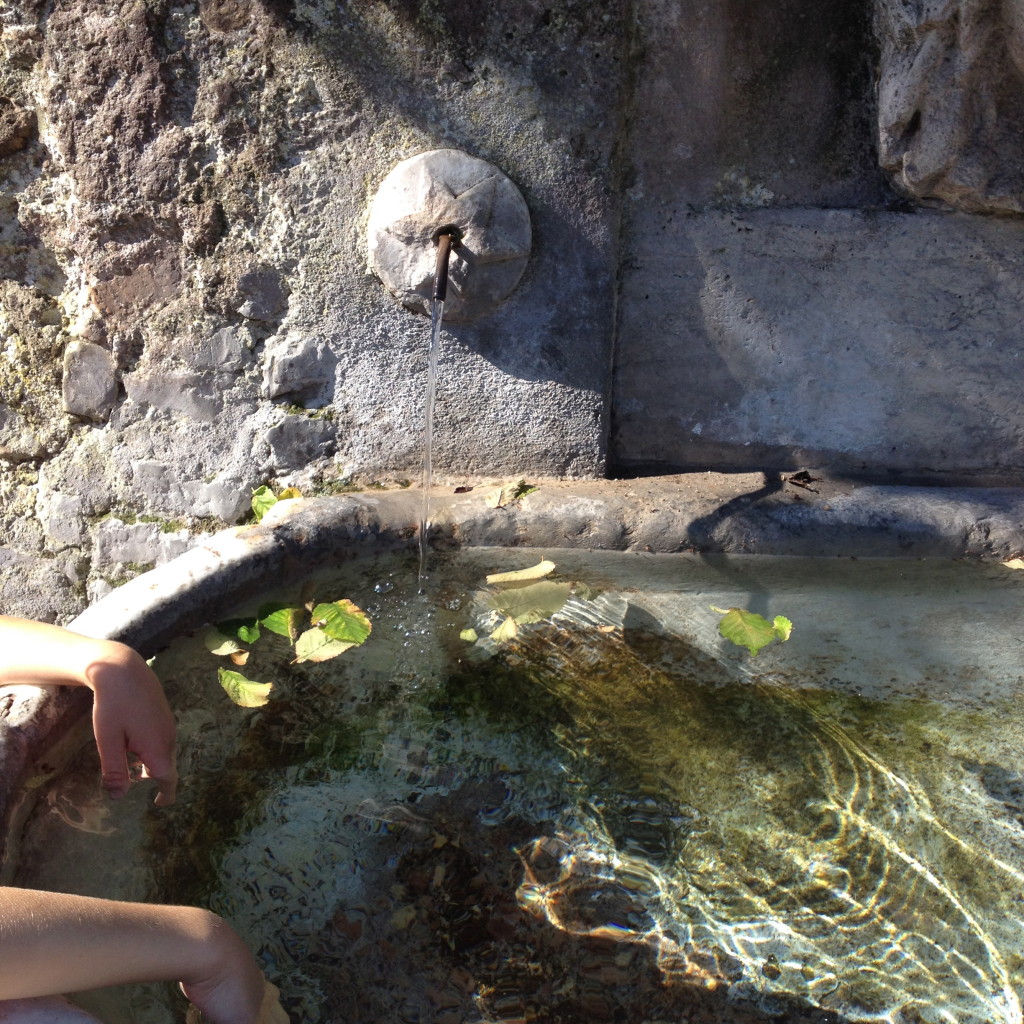 Fa caldo. Fa caldo tutti insieme- I’m pretty sure those were the words that came galloping out of the mouth of the organic vegetable vendor at the market today. It’s hot all of a sudden! She said some other things too, which I didn’t quite catch.

I was shopping for dinner, looking all around the market to see what was best today. The rughetta (rocket, arugula)  looked lively, which is more than I can say for the other limp greens I saw (although one vendor had a freshly spritzed crate of cicoria, which gave me a pang…a momentary desire to hold onto the winter and spring vegetables I’ve been loving and never let them go; to stop time from passing).

But here we are, it’s May…I mentally prepared for a seasonal update. Cucumbers are coming in now and hers looked good. They would be juicy.  I needed eggs, so I bought six from her stall.  And rosy, tight garlic heads with stalks- all were biologico.  Ok, good. One of my favorite simple summer dinners is chicken with a salad. I had the salad…so I crossed over to the butcher and pick up some petti di pollo, which he sliced in fine scallopine for me.

It was so hot, I walked home directly to get the chicken in the fridge.  But once at home I realized I’d forgotten about lunch.  What could I make with what I had, the familiar refrain? I needed something cool and healthy and salty.  Egg, rocket, cucumber…. I made an eight minute egg.  I had some stale but delicious olive bread from Le Levain bakery, so the toasted olive bread became the base for a salty, savory, juicy and satisfying salad. 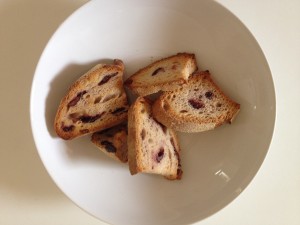 This is how to make a sort of panzanella– or maybe it’s a Nicoise bread salad. Or do the oregano and olives make it a Greek one?

Toast sliced olive bread (or just toast plain, rustic bread and then add olives to your salad). You could rub the bread with a garlic clove when it’s warm, to impart just a whiff. But have you ever had garlic so fresh it’s still juicy? Mine was, so I decided to thinly slice it and add it to the bowl, yum. And some best quality anchovies from a jar- I’ll eat six fillets, but you should decide for yourself.  The toasted bread needs to be torn with your hands and then moistened. I don’t like it to be soft as pap, so I pour in a little bit of water, and then a few drops more, just until the bread is tender. I add balsamic vinegar and olive oil; a few crumbles of dried oregano and a pinch of spicy crushed red pepper go in and it all gets tossed really well.  Now the green. I tear the rocket leaves and add them to the bowl along with thick half moons of cucumber.

That’s it. I slice the egg in half and marvel at its yolk. Did you know that in Italian the egg yolk is referred to as the rosso (red)?