This election day has got me all- I don’t know what- amped up and wishful, I guess, and a little nervous too. I just can’t wait until this long season, with its animosity and tension, its media fixation and wasted energy, is over.  A week ago I was feeling really panicked about the nation’s future, but today I am feeling hopeful. When I saw the queue around the block and when I walked into my neighborhood polling place- a public school gymnasium- and saw that instead of the usual half-empty room, there was an additional one with a quadruple, snaking line leading into the voting room, I felt elated. People really wanted to exercise their right to vote today. And as much as I have mixed feelings about continuing to abide in this part of Brooklyn, where I have experienced so much violence and sadness, I am still full of love for the community. I was overcome with emotion when I watched my ballot sliding into the scanner, and I almost cried as I said Thank You to the kind church-lady volunteer who helped me through the process. I love the mix of people around us here. I saw families I have known since Lucian and Theo were babies, and people who’ve lived around the corner from us for years, with whom we’ve never spoken. Many strangers, some friends, one collective push forward.

We’re going to be with neighborhood friends this evening watching the results. When we were invited, we decided comfort food was in order. I got all fired up to make good old-fashioned “French” Onion Dip, and I bought many bags of Tyrell’s salt and cracked black pepper potato chips for dipping. Last week, when I was feeling more pessimistic, though, I was thinking maybe I’d make Devils on Horseback, and present them with an ironic flourish… but now I’m glad to say a crowd-pleaser is in order: something with depth- something sensible, kind, comforting and reliable. 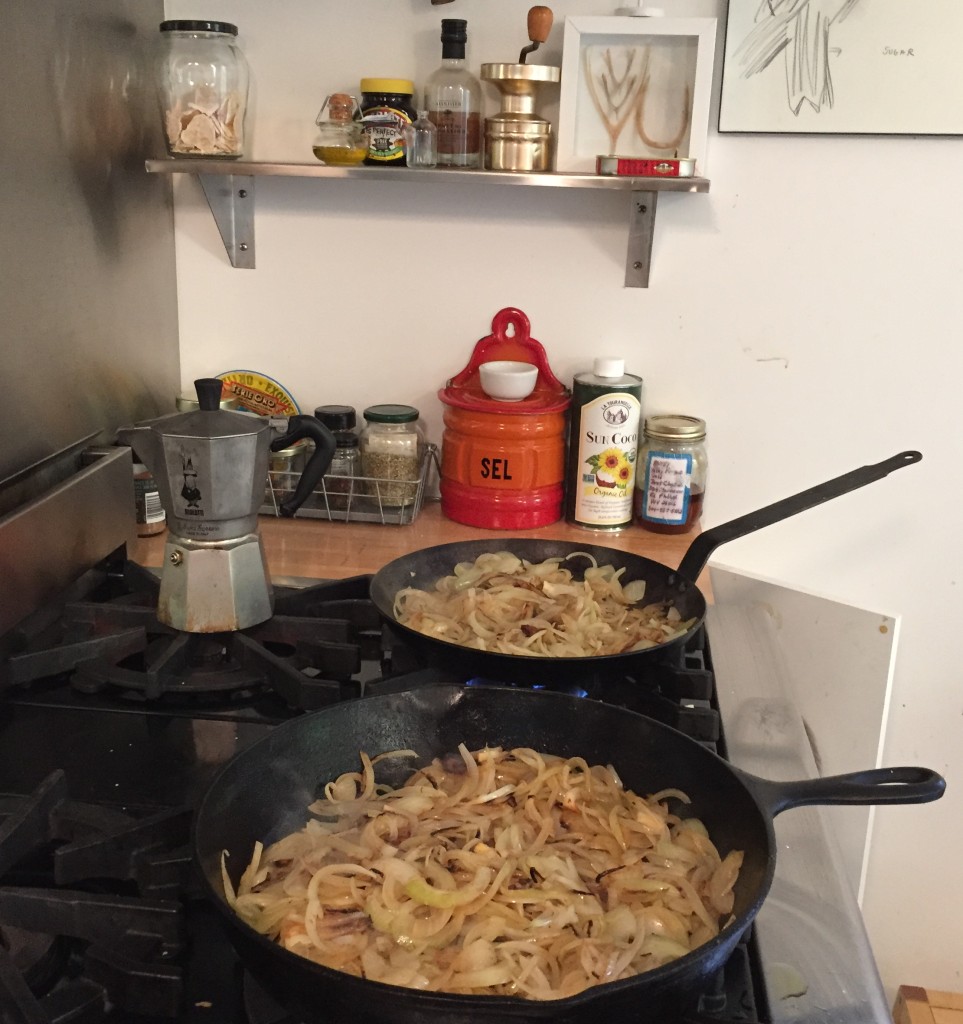 Cooking the onions earlier today was fun- I made a large batch ( 3 pounds of onions) so I had two pans going to caramelize them efficiently. After they were browned and very soft, I cooled them down and went about my day.  Later on I pulsed them in the food processor with sour cream, and a few dashes of the excellent Red Boat Fish Sauce (or use another Asian fish sauce, or Worcestershire sauce) and a drop of sherry vinegar. Done.

Now I’ve got some delicate bubbly rosé chilling and I’m ready to start dipping in.

pinch of sugar, any type

Asian fish sauce, about 3/4 tsp or to taste

sherry or balsamic vinegar, about 1/2 tsp, or to taste

Coat the bottom of a large, heavy skillet with olive oil and place over high heat. When oil is shimmering, add onions and a large pinch of salt; cook, stirring occasionally, until browned and beginning to soften. Reduce heat to medium-low and continue to cook, stirring from time to time, until meltingly tender- 25-30 minutes. Add a pinch of sugar. Set aside until cooled to room temperature.

Transfer onions to food processor with sour cream and pulse until coarsely pureed. Season to taste with remaining ingredients. Best if allowed to stand for at least an hour so flavors can mingle.

Serve with the best potato chips you can find, and a bottle of sparkling wine.

In hindsight, maybe Devils on Horseback were in order… 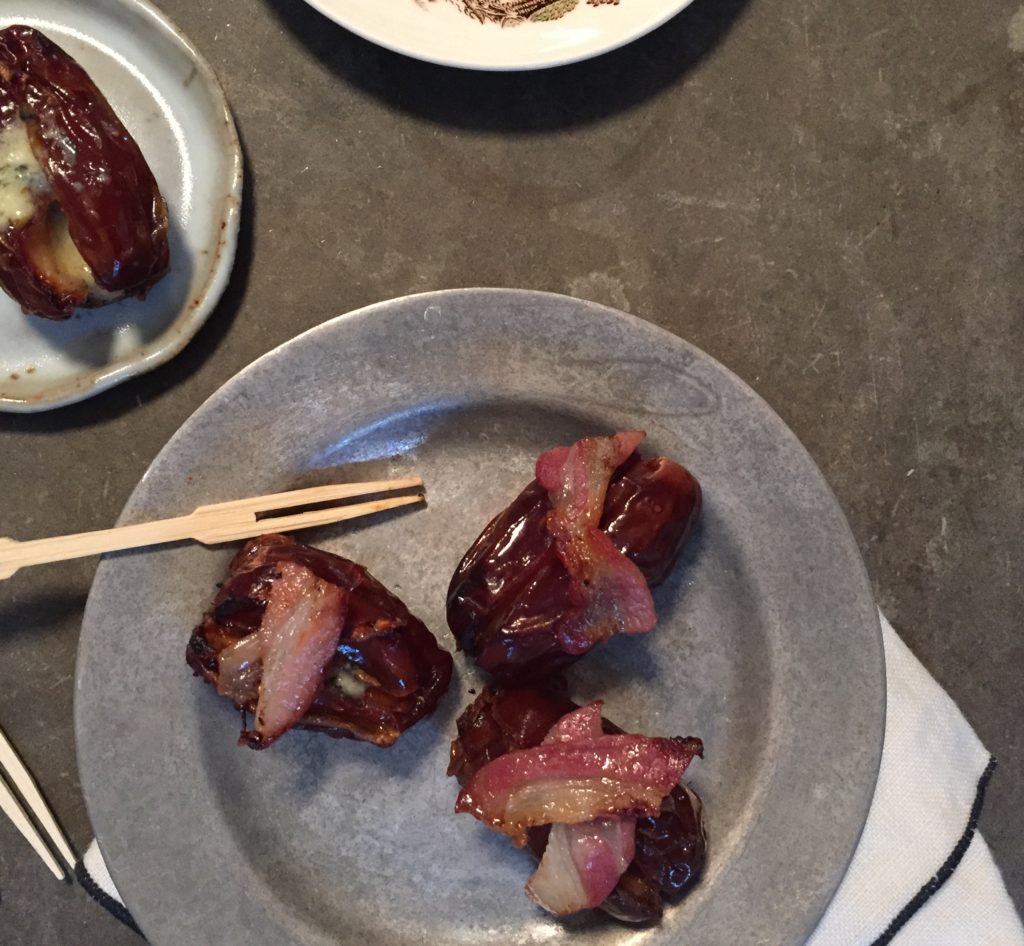 Remove pits from large dates, such as Medjool. Tuck a small knob of blue cheese inside each date and wrap with thinly sliced bacon or pancetta. Roast in a hot oven until sizzling and the bacon is beginning to brown. Serve warm.

These are good served without bacon too. But I think the bacon is the devil part, and that’s the salient point. Don’t forget the napkins! Things may get messy.